Vedic Astrology Lessons. 19. Vedic Astrology Course. 20. Syllabus of Astrology Course 21. Sample Test Paper (Astrology) 22. How to read a horoscope?. 23. Amitabh Bachchan's Horoscope. 24. Astrology Software. In Sanskrit, the word Jyotish, translated as “science of light,” refers to the profound and mathematically sophisticated form of astrology originating in the ancient Vedic traditions of India. Sometimes known as Vedic astrology, Jyotish describes the planetary patterns at the time of our birth.

Ancient seers grouped the stars which are at the background of the ecliptic, the apparent path of the Sun and planets are into twelve constellations or zodiac signs. Each zodiac signs spans 30 degrees starting with Aries and ending at Pisces. The names of the zodiac signs are derived from imaginary figures arrived by joining stars which are closely placed. Each zodiac sign have been assigned unique nature and characteristics generally resembling the imaginary figure and mythological lore. The twelve signs of zodiac and their Vedic Astrological names are mentioned below.

Dualities - Positive or Masculine and Negative or Feminine Signs
The twelve signs are divided into two groups. All the twelve signs are either Positive and Masculine Signs or Negative and Feminine signs. All the odd number signs of Aries (Mesha), Gemini (Mithuna), Leo (Simha), Libra (Tula), Sagittarius (Dhanus) and Aquarius (Kumbha) are Positive or Masculine or Day signs and the even signs Taurus (Rishabh), Cancer (Karka), Virgo (Kanya), Scorpio (Vrischika), Capricorn (Makara) and Pisces (Meena) are Negative or Feminine or Night Signs. Thus all the Fire and Air signs are Positive, Masculine and Day signs and all the Earth and Water signs are Negative, Feminine and Night signs. Masculine signs are extroverted and active and Feminine signs are receptive and introverted.

Quadruplicities - Cardinal or Movable, Fixed and Common or Mutable Signs
There are three basic 'mode of operation' for a Sign and each mode has its own distinctive way to approach a given situation. These thee modes are Cardinal or Movable, Fixed or Static and Mutable or Common. This classification of signs along with the Triplicities (Fiery, Earthy, Airy and Watery Signs) mentioned earlier are most important to understand astrological principles and functioning of signs.
Cardinal or Movable Signs are - Aries, Cancer, Libra and Capricorn.
Fixed or Static Signs are - Taurus, Leo, Scorpio and Aquarius.
Mutable or Common Signs are - Gemini, Virgo, Sagittarius and Pisces.
Cardinal or Movable Signs are enterprising and outgoing they initiates change and make things happen. They are interested in promoting change and bringing new things into the world. They like to take charge of situations and do not like subordinate roles. They like changes and reform. Negative traits for this mode are they can be restless and overactive.
Fixed or Static Signs are focused and determined and have stamina for persistence action. Once their mind is focused on a thing they will tenaciously pursue it in practical manner with will power till it is completed. They are very firm in their attitude and once an opinion has been formed they are not likely to change it. Negative traits for this mode are they can be resistant to change, requires long time to come to a decision and are very stubborn.
Mutable or Common Signs are adaptable, changeable, flexible and versatile. Their nature can be described as a balance between fixed and movable signs. They adept themselves as per their surroundings and current needs. Negative traits for this mode are they can be fluctuating, inconstant, indecisive and vacillating.
Each Mode has one Fire Sign, one Earth Sign, one Air Sign, and one Water Sign as in table below. 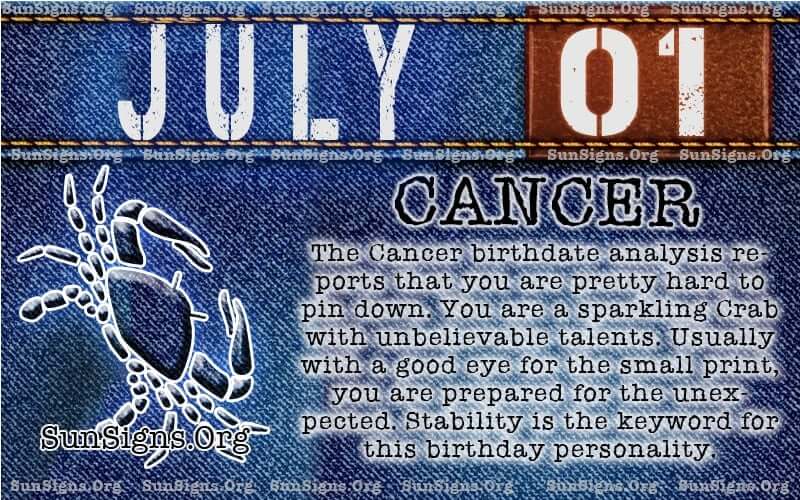 Northern and Southern signs
The first six signs of the Zodiac, Aries (Mesha), Taurus (Rishabh), Gemini (Mithuna), Cancer (Karka), Leo (Simha) and Virgo (Kanya) are called Northern signs, as they are to the north of the celestial equator. The remaining six signs, Libra (Tula) Scorpio (Vrischika) Sagittarius (Dhanus) Capricorn (Makara) Aquarius (Kumbha) and Pisces (Meena) are to the south of the celestial Equator (in the southern hemisphere) and termed as southern signs.

Fruitful Signs
All watery signs of Cancer (Karka), Scorpio (Vrischika) and Pisces (Meena), called fruitful signs. Any of these signs on 5th house cusp without any affliction to it or to its lord and Jupiter in natal horoscope is indicative of several children being born, numbers of which will depend on how strong the concerned houses and planets are.

Barren Signs
Aries (Mesha), Gemini (Mithuna), Leo (Simha) and Virgo (Kanya) are called barren or sterile signs. These are opposite of fruitful signs. Barren signs related to the afflicted 5th house and its lord is indication of being childless.

Voice Signs
Gemini, Libra and Aquarius, all airy signs are also called voice signs. As for voice or sound, there has to be an airy medium, this is the reason of all airy signs being voice signs. Voice signs coinciding with the second house and placement of Venus in it suggest voice suitable for singing and a similar occurrence in tenth house suggest career related to voice like singer, ventriloquist, commentator, mimicry artists, etc.

Mute or Dumb Signs
All watery signs namely Cancer (Karka), Scorpio (Vrischika) and Pisces (Meena) are called mute signs or mute signs. This can be due to the fact that water is not a good medium for sound and hence mute. Watery sign on afflicted ascendant or second house, Mercury afflicted by Saturn placed in any of these signs or Mercury in ascendant or second house in these signs in affliction can cause speech problems, stammering or other speech impediments.

Violent Signs
Aries (Mesha) and Scorpio (Vrischika) are violent signs. Theses signs know no fear; they are full of courage and confidence and are eager to take risk. The difference is Aries in violent on physical level and Scorpio is on emotional level.

Double-bodied or Dual or Bicorporeal Signs
The double-bodied signs, also called the dual signs or bicorporeal signs are Gemini, Sagittarius and Pisces. This is because the “double” symbols for these signs. Gemini is represented by the Twins, Sagittarius by a figure part human and part horse or centaur and Pisces by two fishes. Virgo was included in this category, but not anymore in modern times. Thus all three signs belonging to this category are the mutable signs. A double bodied sign on the cusp of seventh house can indicate two marriages and on the cusp of fifth house can indicate birth of twins.

The word 'cardinal' comes from the Latin 'cardo', meaning hinge. When we use the word 'cardinal' in any context, we always refer to something fundamental, essential, without which things would not be possible. The root meaning of this word is actually pretty misleading when it comes to understanding the nature of Zodiac signs we call 'cardinal'. 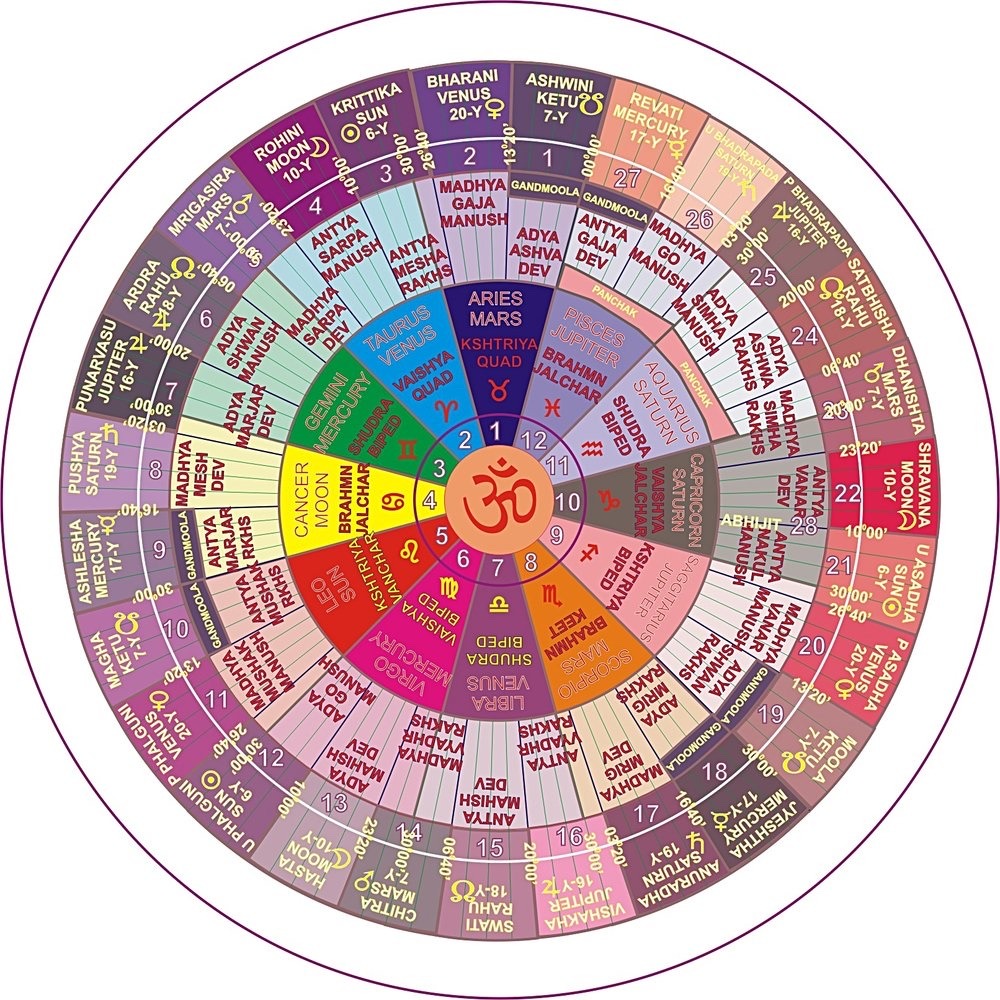 These signs, and their respective energies are not more important or more fundamental, as far as the functioning of the Universe is concerned, than Mutable or Fixed Signs. What makes these signs unique and particular is their action oriented and initiative energy.

The signs of the zodiac represent the 4 classical elements: Fire, Earth, Air and Water. Among each element there is one cardinal sign, one fixed and one mutable. The cardinal signs, while remaining true to their nature express their elemental energies in a dynamic manner. Cardinal signs bring initiation, linear energy and aggression. When planets are in cardinal signs, they behave and influence us in a way that encourages and pushes us towards taking action.

When everything goes well, cardinal energies will propel us to great heights of success, but they can cause foolishness and misfortune. As planets cannot make us do anything, (we have our own mind and determination for that), their influence is felt in tendencies. Planetary energies give support for different types of actions according to their nature and modality.

To put it in simple words, depending on their position in the Birth Chart planets in cardinal signs magnify our own efforts or short comings in the area they rule. People with cardinal signs in ascendant are usually outspoken and self-assured, but they can become overbearing and downright aggressive at times. Planets in the signs of Aries, Cancer, Libra and Capricorn give us explosive strength to start and initiate something, but not the stamina necessary for bringing the project to fruition.

If we are fortunate enough to have a well balanced birth chart, we receive supportive planetary energies for stamina from planets in fixed signs, and flexibility from planets in mutable signs. Even though cardinal energies alone are not enough for success, it is still significant where these houses fall in a person's horoscope to understand better the individual's personality. Moon, ruler of the mind, in a cardinal sign shows innovative thinking and also an inquiring mind. Mars, the Warrior Planet in Cardinal signs often shows athletic ability and competitiveness in sports. Venus, when infused with cardinal energies makes a person approachable and easy-going in friendships and relationships, while Mercury brings business and communication to the fore.

When it comes to the transit of the planets through the Zodiac, Aries, Cancer, Libra and Capricorn signals supportive and auspicious times for new beginnings. Starting a new business, opening a store, launching a new project, introducing a new product are the activities that can really benefit from the initiative energies. When planets are transiting these signs, it seems as if we had an extra engine for the take off of our projects. There is also a general sense of enthusiasm and excitement, so not only our plans get a wonderful start, but we also feel this energy in our body and soul.

Trump Health Astrology 2020-2021 Forecast. Currently, Donald Trump has progressed Moon square natal Uranus which rules the 6 th house (health.) The next 2 months are going to be a struggle to survive. These aspects constrain stability. With Uranus change is required otherwise, surprises and shock come in. Andre Yang will become the new Mayor of New York in 2021. The Dollars will decline 5% in 2021 against major currencies i.e. Mexico, Russia and India will cut their interest rates as well. Gig workers in US could be paid in stock up to 15% of a gig workers yearly compensation in the form of equity. Will trump be reelected in 2021 astrology. Will Donald Trump Re-Elected? Read Astrology Prediction. The time is coming for the election. On 3 rd November 2020 the biggest election of the world is going to take place. The contestants are Trump and Biden. Yes, I am talking about the election of the. Trump Progressed for 2021. In a previous post I discussed the opposition to Donald Trump’s natal Venus by transiting Pluto. However, in order the get a complete picture of what President Trump is going through right now we need to look at his secondary progressed chart. (Click here to see a double chart with Trump’s natal horoscope in the center and his secondary progressed chart for Jan.