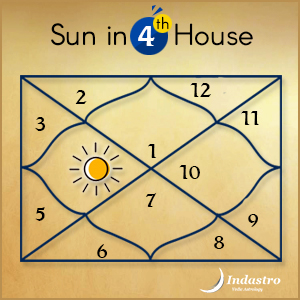 In the Foutth house Venus is said as “Khushki Ka Safar” and described as:

Presence of Venus in the fourth house the native will be respected and his fame will increase in the society. Prosperity in life, expectation of getting promotion at the work place, happiness in the house and honour with reward are indicated. He will spend money extravagantly on his comforts and on comforts of his family.

What does 4th House represent in Vedic astrology? As per the beliefs of ancient Hindu sages, this house is attributed to the mother. Fourth house relates to one’s home, residence, domestic environments and general condition of the native in the later part of his life. Venus with moon in 4th house of cancer sign indicates that the native should get all kind love, comfort, help from mother & land.

He will be benefited in the business related to ladies’ items, perfumery material and wine related material. He will have the comforts of moveable and immoveable property and possession of vehicle.

Due to presence of enemy planets, his Wife will be concerned about her daily life and may get affected psychologically. Due to native‘s negligence disease which will be tough to cure will be developed. There will be increase number of adverse situations in his business and finance related matters will be a cause of concern.

There is possibility of conflict in the married life. He will be worried about health of his mother. His maternal uncle’s family would be in problem during this period. Venus is malefic in following cases:- 1. Any planet posited in the eleventh house. 2. Saturn or Moon present in 4th house. 3. Jupiter present in 1st house. 4. Mercury present in 6th house.

To increase the benefic results and reduce the malefics take the following precautions and remedies:- 1 . Paint roof of your house with clay. 2. Dump all material related to Jupiter in the well. 3. Bury plum fruit seed filled with lead in a grassy ground. 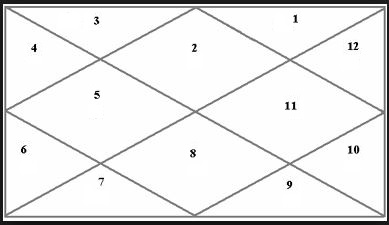 It also represents a person’s journey from birth to death. Heart, lungs, and chest are the body parts related to this house. This house also signifies higher education, parental property, discovering treasures and vehicles. The zodiac sign associated with the fourth house is Cancer which is ruled by the moon.

The occupation related to this house is mining, agriculture, construction. The organs or body parts associated with this house are the digestive systems, respiratory system, right breast, and right shoulder.

The significance of planets in the fourth house in Vedic Astrology

Well, I think that you have known enough information about the fourth house in Vedic astrology.