Calculations are done using the Chitrapaksha ayanamsha and the mean node. Timings are based on Mountain Time Zone, US.

One may have felt a sense of relief in mid-April when Mars moved out of Taurus, where his fiery nature was amplified by Rahu, and into Mercury's air sign of Gemini. Not that Gemini is considered to be a calm sign, but Mars away from Rahu is perhaps a relatively calm position. Mercury himself spent the latter half of April in Aries, which created an exchange of signs with Mars. This perhaps was supportive of getting new work ventures off the ground.

There is also a factor that these two problem solvers, Mars and Mercury, were not only exchanging signs but also flanking Rahu, snaking along in Taurus through April 2022. This could be symbolic of the urgent need to manage and minimize the Covid-19 outbreaks and mutations that are troubling many countries across the globe.

May will see Mercury, Venus and Sun all enter into Taurus, which puts a few of the helpers into Rahu's space for the upcoming month. Rahu's energy tends to amplify, exaggerate and innovate, mostly in an unstable and chaotic style.

Mercury is one of Rahu's best allies and tends to manage the instability and genius of Rahu quite well. Taurus is the earth sign of Venus, generally a friendly location for Mercury. We may struggle to maintain stability with the energy of both Mercury and Rahu in this fixed, stable, earth sign. When Mars joined Rahu, the tectonic activity increased globally. Because Mercury is also associated with the earth element, we could see a continuation of this phenomenon.

Mercury will conjoin Rahu exactly on May 11 and keep on moving. When Mercury exits to his own sign of Gemini on May 25, it is not to stay. He begins a retrograde cycle on May 29 and returns to Taurus on June 2, which could be helpful in the sense of managing the loud and chaotic influence of Rahu.

Venus, having just resumed direct motion from retrograde, has picked up speed, moved past the Sun and out of combustion. By early May, we should be able to see Venus in the western sky after sunset, performing her inspiring 'evening star' act through the remainder of 2021.

Venus moves into Taurus, her own sign, and then quickly out again to Gemini from May 4 – 28. She passes by Rahu on May 18 at 18° Taurus. While Taurus is crowded with Venus, Mercury and Sun all transiting at this time, none of the other planets are aspecting this grouping. This indicates the opportunity for negotiations, contracts, deals and networking. The Rahu factor could produce some unexpected but fertile connections.

This grouping in Taurus could make May a rather active month. The inspiration of Venus could be infectious, with Mars also active in Gemini simultaneously. We could use this energy to create and build upon the foundations that Saturn has been insisting upon shoring up while in Capricorn.

New Moon in Aries/Krittika May 11

The Moon comes exactly between the Earth and the Sun for our monthly new Moon phase that is exact on May 11 at 28° Aries. This joining of the Sun and Moon in Mars' fire sign happens each spring, this year in the nakshatra of Krittika, also ruled by the Sun, highlighting the fiery nature of the Sun in strength.

At this time, Moon and Sun will be the sole planets in Aries, with Venus, Rahu and Mercury in the next sign, Taurus, and Mars, ruler of Aries placed in Gemini. This concentration of planets in the first three signs of the zodiac, especially at the moment of the new Moon shows that we should be gaining momentum on what has been recently initiated. We are seeing the gathering of resources and the execution of plans beginning.

In addition to 'retrograde season' opening in May, we also have our first 'eclipse season' of 2021 as the great Sun enters into Taurus on May 14, joining signs with Rahu and setting up for a pair of eclipses that will come with the full Moon on May 26 and the new Moon on June 10.

The Sun moving from his fiery exaltation sign of Aries into Taurus for the eclipse cycle could feel a bit halting. The unstable influence of Rahu could create unexpected obstacles or opportunities that bring confusion rather than clarity. Prepare for this possible state of opacity by realizing that a calm and quiet mind is able to find its way even in the dark.

Both Aries and Taurus are currently free of direct aspects by both Saturn and Jupiter, who are currently transiting Capricorn and Aquarius, busily creating our new foundations and frameworks. With the upcoming retrograde cycles, we may be looking at making some depth adjustments, but things on the surface may feel like they are moving along rapidly, maybe faster than we want.

The Sun in Taurus puts focus and light strongly into the signs of both Taurus, Venus' earth sign and Scorpio, Mars' fire sign. This axis of the zodiac carries the passionate creative energy of Venus and pairs it with the fiery focus of Mars, both in fixed signs that tend toward stability and inertia.

Of course, the nodal axis (Rahu and Ketu) also placed in the Taurus-Scorpio axis at this time modifies the stable platform that we may expect. It is Rahu's job to stir things up and make changes in the world; when we begin to expect the unexpected, it is sometimes easier to accept change whether it is welcome or not.

Saturn Retrograde in Capricorn May 23 – October 10

On May 23, we find Saturn stopping in his forward motion and stationing at 20° Capricorn, beginning a 4.5 month retrograde phase that will walk him back to 13° Capricorn, where he again traverses that section of the zodiac in forward motion by year's end.

Saturn transits his own sign of Capricorn between January 2020 and January 2023, which is considered a strong placement of a planet that can cause difficulty, challenge and loss while at the same time fostering determination, resilience and detachment.

Saturn's nature can be described as cold, distant, slow, aged, negative and practical. He is the keeper of time, the lord of karma and represents how we are challenged by the experience of being infinite souls operating in a limited physical form.

Retrograde planets can surprise us by fostering events that are opposite to what we would expect. The retrograde factor can also indicate a stronger desire for that planet's results which causes us to try more diligently to gain those fruits.

In retrograde Saturn's case, perhaps we may be faced to retreat or edit our foundational efforts, but we may also experience things that we expect to be heavy and difficult to move with more speed, agility and lightness.

This entire retrograde transit of Saturn occurs within Capricorn, ruled by Saturn himself. More specifically, Saturn will dig into the nakshatra called Shravana, ruled by the Moon. Shravana's symbol is an ear, reminding us of the receptivity of the Moon, who rules this nakshatra. This could be a crucial time to keep an ear to the ground, remaining open and sensitive to deep changes.

Beginning with Mars on June 1, we will experience the transit of the inner planets through Cancer, which is opposite to and comes under the full aspect of retrograde Saturn from Capricorn. By mid-August, Mars, Venus, Mercury and Sun will have passed through Cancer and Saturn's gaze. It could be an interesting summer where the pressure of Saturn doesn't weigh as much and maybe even facilitates difficult transitions.

Our first eclipse of 2021 comes when the Moon pulls into Scorpio, joining with Ketu and opposing the Sun and Rahu in Taurus for a Total Lunar Eclipse on May 26. 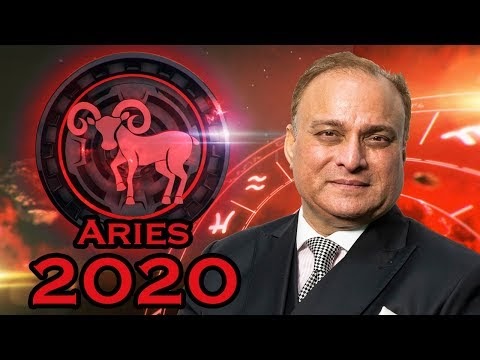 One interesting feature of this eclipse is the lack of aspects by other planets who aren't involved directly in the alignment. We do have Venus joining Rahu and Sun, in her own sign of Taurus, and Ketu and Moon joining in Scorpio, which is co-lorded by Ketu.

With the strength of Ketu prevailing at this moment, we may all wish to take a moment with closed eyes to enter the internal realms and find the wisdom that lies in the depths of all of us. The Moon as representative of our churning and changeable emotional mind can come under a state of calm control with the influence of Ketu. 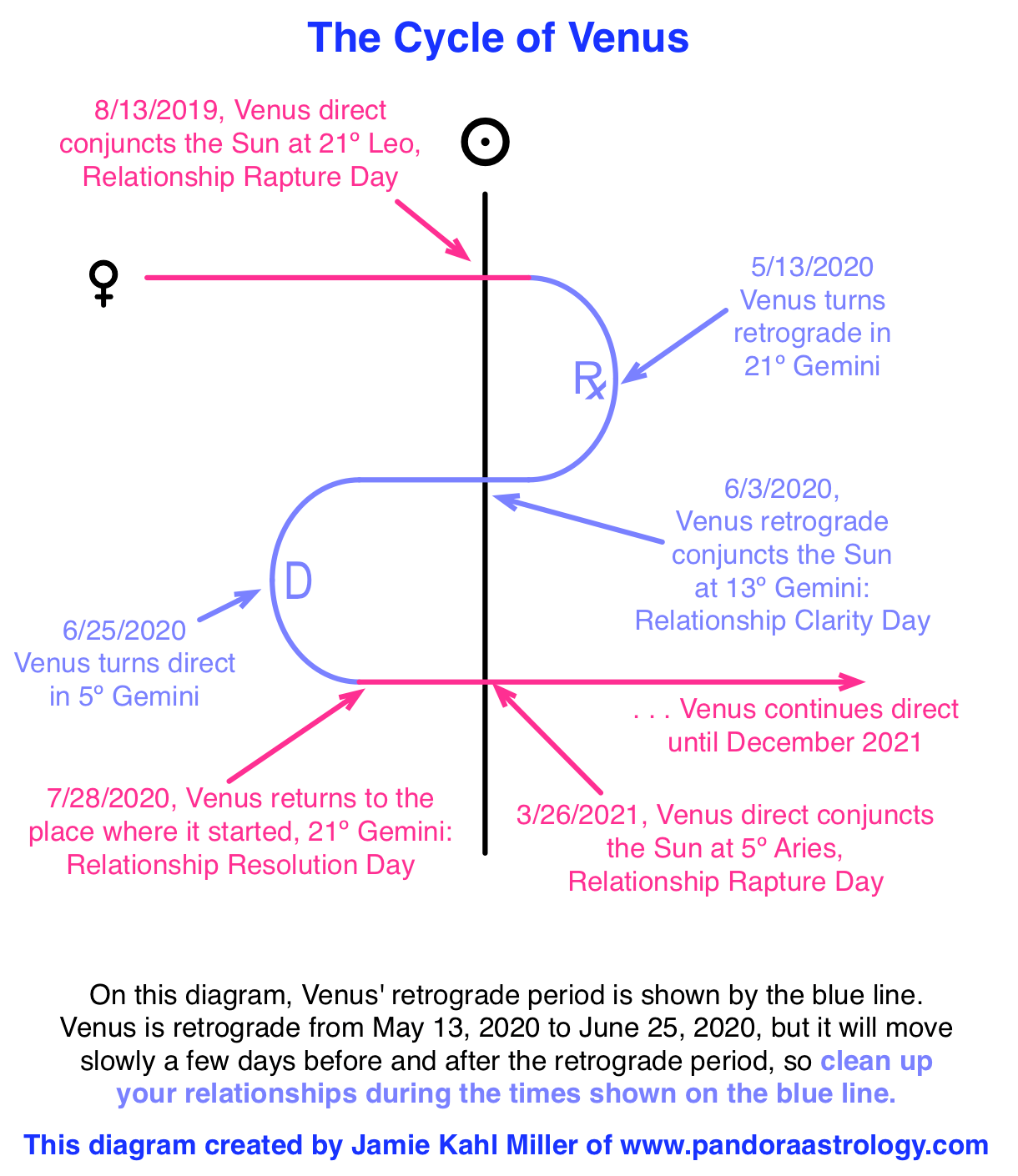 This gives us a rare opportunity for the inherent wisdom of the body, which manifests as intuition, to speak clearly and loudly, ironically by putting a shadow over the strong and bright Moon.

On the other side of the court, the party feeling in Taurus is strong. Rahu with Venus and Sun is amplifying the Taurean agenda of social connection, sharing meals, enjoying time together. Without either Saturn's or Jupiter's wisdom reaching either camps, it is up to us to find the safest strategy that applies to our individual setting.

Just a couple of days after the lunar eclipse, Venus moves out of Taurus and into Mercury's air sign, Gemini, joining Mars. From here, Venus moves further away from the Sun and increasingly closer to Mars. By mid-July, Venus conjoins and overtakes Mars while both are in the sign of Cancer. This should make for a beautiful visual in the western sky after sunset as we can view Mars and Venus close to one another from May – August 2021.

But as Venus enters Gemini on May 28, Mars moves to Cancer on June 1. Mercury will be in occupation of Gemini when Venus enters, but will quickly move back to Taurus while retrograde on June 2, leaving Venus alone to create in Gemini for most of June.

From June 2 – June 22, when Mercury is in Taurus and Venus in Gemini, we experience the energy of exchange between these two friendly and enthusiastic planets. With Rahu occupying Taurus and Jupiter aspecting Gemini, there is quite a bit of amplification of this desire to reach out and touch someone, which is natural after a global pandemic that has required separation and distance as management tools.

Our cautious and experienced Saturn has no touch on this situation. Don't forget to bring your lessons learned and wisdom of the ages to the party. The strong energy of Venus in Gemini/Mercury in Taurus can be amazing, inspirational and energetic. Just remember that we're all flying in air space that has recently been dangerous.

Projects that rely on communication, collaboration, social issues, multi-media, networking and creative power should benefit from this configuration.

Mercury Retrograde in Gemini/Taurus May 29 – June 22

Mercury moves past Rahu and out of Taurus on May 25, only to quickly take a stationary stance before beginning a retrograde phase on May 29 that takes him back into Taurus on June 2, where he resumes direct motion on June 22 at 22° Taurus.

As mentioned above, this return to Taurus puts Mercury and Venus into a powerful relationship. The added factors of Mercury's retrograde status from May 29 – June 22 and that Mercury joins Rahu, create an amplified version of this exchange. It is always a good idea to consciously slow down mental and physical processes when Mercury is retrograde, which tends to confuse and destabilize the already quick and flexible style of Mercury.

Sometimes a retrograde cycle can cause reversal or upset of plans or directions. With this retrograde cycle of Mercury and also of Saturn beginning in the midst of an eclipse cycle, this could be even more likely. Prepare for shifts and opportunities that could arise quickly. Be ready to pivot, to launch quickly or to step back, as appropriate to the situation.

This would be a great time for think tanks, brain storming, mock ups and experimental creative efforts. In a classic Mercury retrograde way, we can also use this time to rework, edit, rehash and essentially come back to the drawing board for creative inspiration.