There are several synastry aspects to look out for if you’re searching for your soul mate. These connections show significant attraction and compatibility between the two people, which can easily last a lifetime. 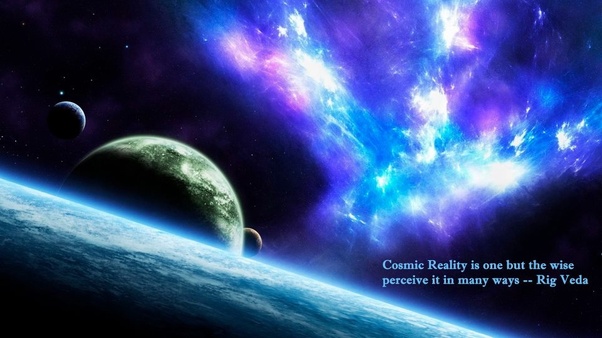 Sun-Moon contacts: Soul Mates generally have strong Sun-Moon connections in the synastry chart. The conjunction and opposition are the most powerful. The trine and sextile are also powerful. With this aspect comes a strong feeling of support and understanding. This aspect is particularly potent when it is the woman’s Moon in aspect to the man’s Sun.

Venus-Pluto in synastry: This is a very potent aspect in synastry. This is an indicator of karmic, transformative, obsessive love. Even if the couple separates, they will remember each other for the rest of their lives, due to the depth of passion they shared. This aspect is especially potent if it is mutual (i.e. Person A’s Venus aspects B’s Pluto, and B’s Venus aspects A’s Pluto).

Nodal connections: When Nodal connections are found in synastry, the connection is powerful. Contacts to the South Node demonstrate a past-life connection that has lasted into this life. The two of you have come together to wrap up unfinished business. There exists a haunting chemistry between the two of you that can easily last a lifetime. North Node conjunctions are equally intriguing. The planet person possesses the qualities the Nodal person needs to develop in order to grow spiritually. There is a tremendous attraction between the couple, as well as a feeling of “going somewhere” with each other. Squares to the Nodal axis are very common in synastry, particularly from the Sun or the Moon. In this case, there is a feeling that the couple feels as though they were destined to be together, but the union is a challenging one. This indicates a karmic relationship in which both of you need to work out past-life issues that is preventing your soul growth.

Vertex contacts: The Vertex is like a second Descendant. When touched by transit or progressions, fated events are likely to occur. Similarly, when someone’s personal planet, Ascendant/Descendant, IC/MC, or Vertex aspects your Vertex by conjunction or opposition, a fated relationship is indicated. This is the kind of relationship that will change your life.

Saturn contacts: Saturn in synastry is a binding force, ensuring the longevity of the relationship and a feeling responsibility to one another. Hard aspects between one person’s Saturn and another person’s important planet or point are both challenging as well as binding. In fact, hard aspects from Saturn to another person’s Sun or Moon are very common in the synastry charts of married couples.

Conjunctions to the angles: When one person’s inner planets, Nodes, angles, or Vertex conjunct another person’s AC/DC or IC/MC axis, a strong bond is indicated. The AC/DC is a relationship axis, while the IC/MC axis represents your private and public lives. When another person’s planets or points conjunct any of these angles, the two of you are heading in the same direction in life. There is a feeling of “going somewhere” together. Contacts to the AC shows a strong physical attraction; contacts to the DC indicate the planet person possesses the qualities you look for in a partner. Conjunctions to the IC indicate a nurturing, protective bond, and the two people desire to have a home and family together; Conjunctions to the MC show mutual admiration and appreciation for each others goals. 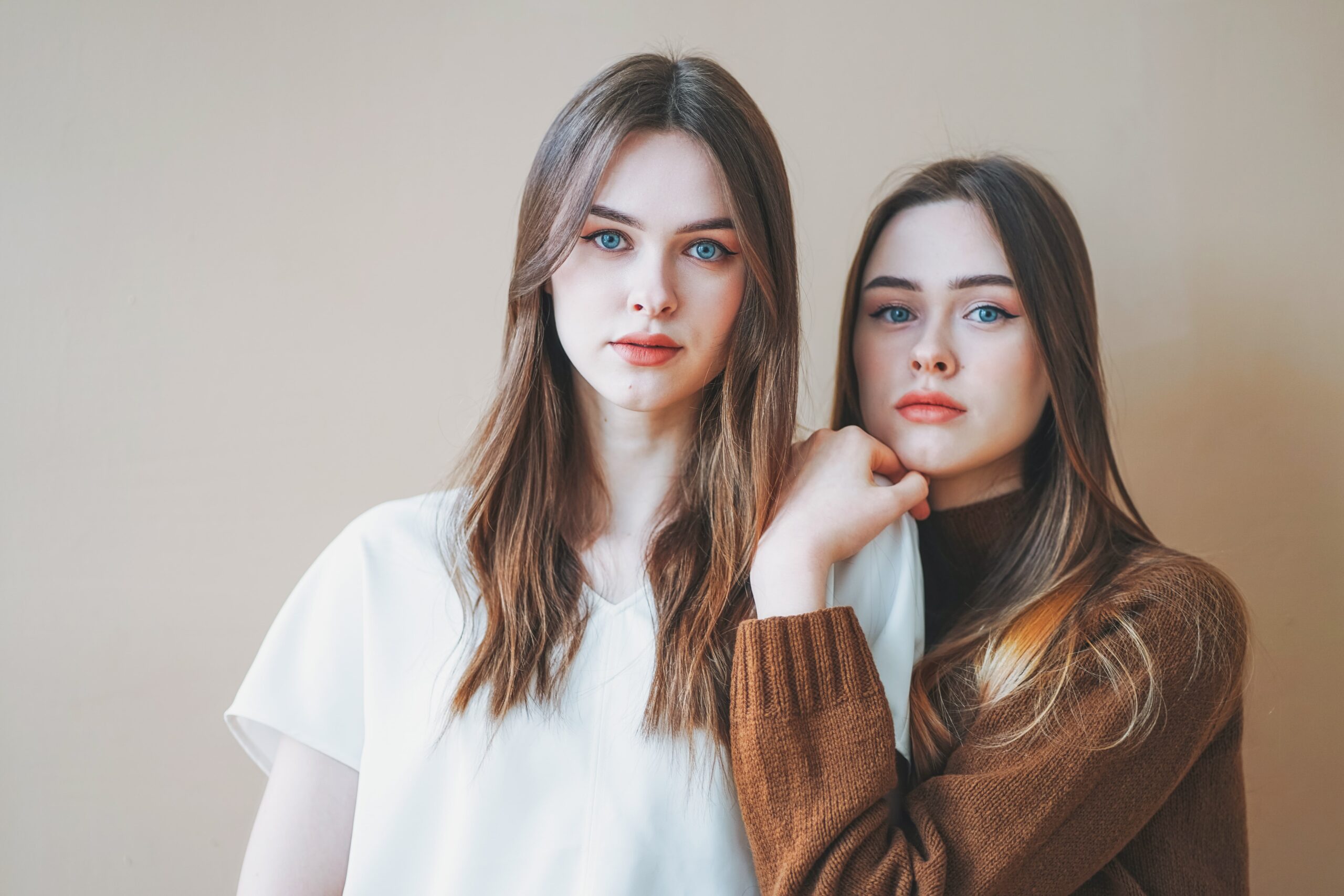 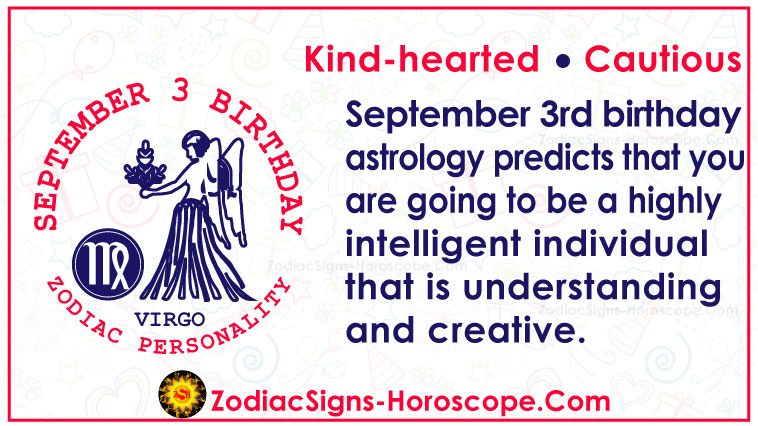 When your Vertex is contacted by another person’s planet or point, a fated relationship is indicated. In my article which looked at common Synastry Aspects in the charts of married couples, I noticed the Vertex and/or Anti-Vertex of at least one of the partners was often activated. Strong Vertex and Anti-Vertex aspects in the Composite chart also indicate a fated union. Indeed, Composite Charts featuring a Vertex/Descendant conjunction are common among married, fated, “meant-to-be” relationships.

What is the difference between the Vertex and Anti-Vertex? The Vertex is considered a “second Ascendant,” while the Anti-Vertex is considered a “second Descendant.” As such, Vertex connections in synastry signify a highly personal connection. Some astrologers have said that the Anti-Vertex is less significant than the Vertex, but based on personal experience, as well as my observations of other synastry charts, I disagree. Perhaps these astrologers the Vertex is stronger in synastry because it is always found in someone’s 5th, 6th, 7th, 8th, or 9th houses, which are the houses that represent our relationships with “others.” Having someone else’s planets in these houses (especially the 5th, 7th, and 8th houses), conjunct the Vertex or not, indicate a high level of compatibility and intimacy. The Anti-Vertex, on the other hand, is located in the opposite house of the Vertex (the 11th, 12th, 1st, 2nd, or 3rd houses), which relate to personal concerns and our private worlds. As such, if conjunctions to the Anti-Vertex occur in synastry, this person may become a significant part of your “inner world.” As someone who has had conjunctions to both my Vertex and Anti-Vertex in synastry, I can tell you the “pull” is equally strong in both cases.

The Vertex and anti-Vertex show us who we are unconsciously attracted to. When Vertex and Anti-Vertex aspects show up in synastry or composite, the two people are irresistibly attracted to one another. The Vertex owner feels the planet/point person is the “man/woman of their dreams.” You usually meet each other unexpectedly and ‘out of the blue.” It is fate that brings the two of you together, and you immediately feel a strong connection when you first meet. The feeling that the other person will change your life can be quite strong. You feel for this person in a way you’ve never felt before.

For example, the year I met a man with whom I have a Vertex-Venus aspect in synastry, my Solar Return chart showed a Vertex-North Node conjunction in the 5th house of love and romance. In addition, the day I met him, transiting Mars was conjunct my natal Venus exactly.

Synastry Aspects with the Vertex

Sun- Vertex/Anti-Vertex: The Sun person’s ego expression and core-being encapsulates the Vertex person’s idea of the perfect mate. An instant friendship is indicated. There is a feeling of destiny between the two of you, and you feel that you can go the distance together.

Moon- Vertex/Anti-Vertex: This is an indication of an emotional, supportive, and nurturing connection. The Vertex person is unconsciously attracted to the Moon person’s emotional nature. There is a natural attraction to one another; you feel instantly safe and comfortable with one another. In fact, it can be so comfortable and wonderful, that it is difficult to be without one another!

Mercury- Vertex/Anti-Vertex: A strong intellectual and mental link exists when someone’s Mercury is conjunct or opposite another person’s Vertex. The two of you feel instinctively comfortable talking with one another. Unless there are strong romantic links in the rest of the synastry, this combination can feel like a brotherly-sisterly connection. I have this with a close friend of mine. I love talking to him, and I’m so attracted to his mind.

Venus- Vertex/Anti-Vertex: This is a prime indicator of a fated, romantic link that will change your life forever. The feelings of love and romance are incredibly strong. The Vertex person finds the Venus person beautiful, charming, and the “man/woman of their dreams.” The love is so strong that separating from one another is incredibly difficult.

Mars- Vertex/Anti-Vertex: This indicates a highly sexual link. The sexual charisma and assertiveness of the Mars person is highly attractive to the Vertex person. Sex is transformative and intense; you can’t get enough of one another!

Jupiter- Vertex/Anti-Vertex: This connection indicates a benevolent union, full of generosity, good will, and indulgence! The two of you (especially the Vertex person) feel good about yourselves when you are together. The Jupiter can improve your career life and help you achieve your ambitions.

Pluto- Vertex/Anti-Vertex: The Pluto person has a transformative effect on the Vertex person. The two of you were destined to meet, indeed. This is an opportunity for the Vertex person’s personal growth, which will be achieved by a highly intense and sexual relationship with the Pluto person. Check which house the conjunction is in to get more details as to what kind of transformation will take place.

Node- Vertex/Anti-Vertex: This is one of the prime indicators of marriage in synastry. The Vertex person has a powerful effect on the Node person’s personality, helping them develop the qualities they need to develop in this life. The two of you were fated to meet, and were destined to learn a lot from one another. An instant sense of familiarity is indicated, since the South Node is being aspected by the other person’s Vertex or Anti-Vertex, as well. The two of you have certainly met before, and have unfinished business to take care of. The attraction is magnetic, powerful, and will transform the both of you forever. Check the house position the conjunction resides in order to get a better idea of how these energies will manifest in each person’s life.

For example, the love of my life’s North Node is conjunct my Vertex in the 8th house in Cancer. Our relationship was highly intimate, transformative, and sexually intense (8th house), as well as nurturing, loving, and caring. I greatly helped him develop sexually, as well as emotionally, and he had a similar effect on me. I will never, ever forget him, and he is still hanging on to our relationship, even though we broke up a long time ago.

Ascendant-Vertex: When someone’s Vertex is conjunct your Ascendant, your Vertex is conjunct their Ascendant. This is an indicator of an intense attraction. The two of you may easily stay together for the rest of your lives because of the intense attachment you feel for one another. The physical attraction is off the charts, and the feeling of attraction is instant. Brad Pitt and Angelina Jolie have this aspect.

Descendant-Vertex: The two of you are inexplicably drawn to one another. A feeling of fatedness permeates your relationship. This is an excellent indicator of marriage or, at least, a very significant relationship, which will transform both person’s concepts of love and relationships forever.