Biden or Trump - Next US President?

Many friends asked about the possibility of Donald Trump impeachment in 2018. We have the answer in the end of Donald Trump Chinese Astrology. Basically, 2018 is the Chinese Brown Earth Dog year. Dog is in the Earth group. 2018 is a very strong Earth year. The element of Earth is the Lucky Element of Donald Trump. During 2018, Trump negotiated better trade deals with Mexico, Canada, Japan, South Korea, Europe and China. The US unemployment rate in the US declined to 3.7 percent in October of 2018. The unemployment rate of 3.7 percent is 49-year low. As of November, 2018, general polling reported that more voters opposed the impeachment of President Trump than supported ones. Trump did well in 2018. However, the presidential job approval ratings of Donald Trump is much lower than average for U.S. presidents. Now, we want to study Donald Trump's Chinese Horoscopes in 2019.

2019 is the Chinese Zodiac Pig year. The Pig Year of 2019 starts on February 4, 2019. The Chinese Zodiac Name of 2019 is , which is Female Earth Pig . In Chinese Five Elements (Metal, Water, Wood, Fore and Earth) theory, Earth is related to brown. We can call 2019 is the year of Brown Pig. Earth has Female (Yin) and Male (Yang). Female Earth is wet soil, flatland or farmland. The element of Earth is favorable to Donald Trump. The first half of 2019, he will handle well as 2018. Chinese Zodiac Pig is the Water group. Water is not a lucky element to Donald Trump. Mixing with water, wet soil becomes sticky and muddy. The second half of 2019, Trump will face new challenge because the Water of Pig is in charge of the fortune. 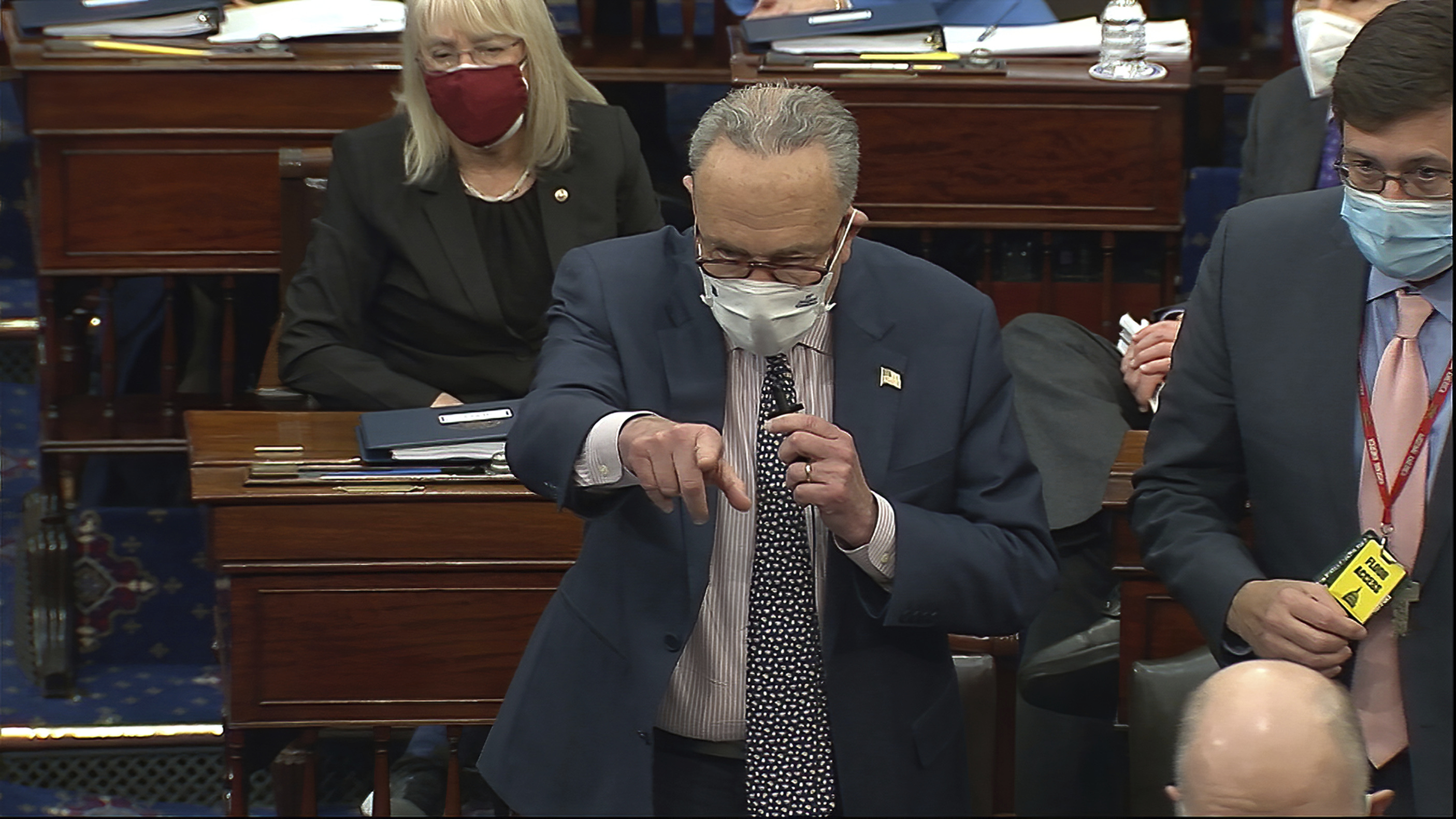 The upper row of Day Column is called Day Master in Chinese Astrology. Therefore, the Female Earth of Day Column represents Donald Trump. Dog and Sheep are in the Earth group. Horse, Sheep and Snake have strong relationship of Fire. Fire is the Mother Element of Earth. Wood of Month and Earth of Day Master have attraction relationship of Earth. The entire birth chart is full of Earth and Fire. Earth is extremely strong. He has very strong personality and determination. This birth chart is an Extremely Strong special case. His Lucky Elements are Earth and Fire. Additional Earth coming from Chinese astrology cycle will make him becoming more powerful person. 2018 is the Male Earth Dog year. Dog is related to the Male Earth, too. Male Earth is connected to the mountain. He stands on the top of the world. 2019 is the Female Earth Pig. Female Earth is connected to flatland. Trump will lose his altitude and some supports. He will face more challenges in 2019. What will happen on Donald Trump in 2019 Pig Year?

2019 is the Female Earth Pig year. Female Earth of 2019 is the same element of Day Master. That means Trump has many supporters standing by his side. Pig is in the Water group. Female Earth of Day Master can absorb Water. Water represents money to Trump. Water is not the Lucky Element. That means Water brings him trouble in money management, business deal, economic policy or trade negotiations. Water also represents women to Trump. That implies women will give him headache again.

The fortune of 2019 is ruled by the 10-Year Major Cycle, Yearly Cycle and Monthly Cycles. Trump's current Major Cycle 2013-2022 is Female Metal Cow . Metal is related to Trump's behavior, reputation or media speech. Female Metal and Male Fire in the birth chart have attraction relationship of Water. Water is related to women or spending money or new investment. He uses his image for career and business. Cow is the Earth group. Earth helps Trump to build up his wealth. Cow and Snake in the birth chart have fighting relationship. He often has conflict with people during Metal Cow Major Cycle from 2013 to 2022.

Pig is in the Water group. Horse in the birth chart is in the Fire group. Pig and Horse should clash each other. But Horse contains Female Fire and Female Earth . Pig contains Male Water and Male Wood . Pig and Horse have hidden double attraction relationships. That implies disagreement and harmony are mixing in his family or administration. Too many attraction and clash relationships mixing together mean those relationships will entangle for a while.

The Major Cycle from 1983 to 1992 is Earth Dog . Dog is in the Earth group. Earth Dog is a strong Earth combination. He built his empire.

Although he filed Chapter 11 bankruptcy for Taj Mahal Casino in 1991, Donald Trump built the prestige image during the Major Cycle of Earth Dog. 2018 was the Year of Earth Dog, too. Trump's overall presidential job performance in economy did well in 2018 and he deserves some credit.

Donald Trump becomes a billionaire real estate mogul, because Lucky Element is Earth. Most Trump's bankruptcies were related to casinos. That's a Water business, because casino is a night and cash flow business.

1) 1991 Female Metal Sheep
When the Trump Taj Mahal at Atlantic City was in debt for billions of dollars, Trump filed for bankruptcy in 1991. Trump had to sell off his yacht and airline for loan payments. Trump did surrender half of his ownership interests in the Taj Mahal. (Female Metal and Male Fire in the birth chart have Water attraction relationship)

3) 2004 Male Wooden Monkey
What astrological sign is october 20th. Trump Hotels and Casinos Resorts filed for bankruptcy again in 2004, after accruing about $1.8 billion in debt. Trump reduced his share in the company to 25%.

Donald Trump took the advantage of the law and made good negotiation with the banks to maximum his interest for each bankruptcy. He knows how to dig out gold from ruined battlefield. He prides himself on being the master of the deal. To retain public persona is a very valuable asset to him.

2019 is Female Earth Pig. The first date of Pig year is on February 4, 2019. There are multiple attraction and clash relationships among birth chart, 10-year major cycle, yearly cycle and monthly cycle. Because of mingling relationships, happening events happened could last for months or years.

The Day Master of Trump's birth chart is Female Earth , which is flatland or ground. The ground won't get hurt when people can stomp on it. Female Earth has strong endurance and resistance. The first half of 2019 is dominated by Wood and Fire. Wood brings pressures on Trump. Fire will protect Trump while Wood's attacking. The second half of 2019 is ruled by Metal and Water. Water brings most trouble to Trump. 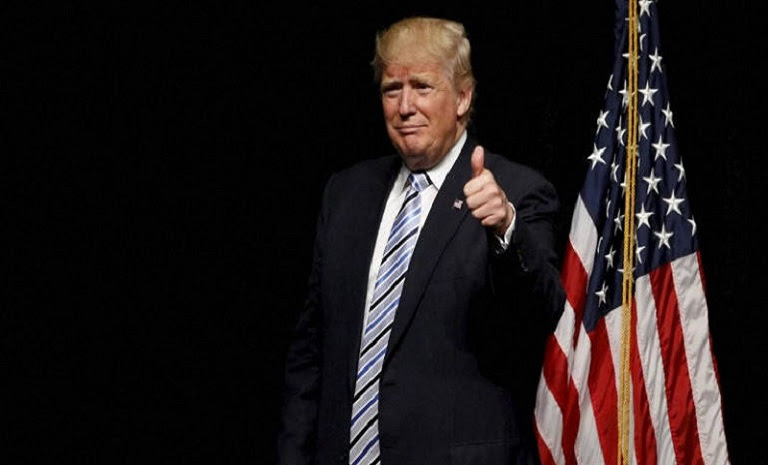 2018 was the Male Earth Dog year. Dog is in the Earth group. Dog also contains the Male Earth. Male Earth is connected to mountain. Earth is Trump's lucky element. Trump received strong Earth support in 2018. The mountain of 2018 collapses into the flatland of 2019. In the year of Pig, President Donald Trump will encounter more challenges than 2018.

Any bad news of President Donald Trump could bring bad news to the US and world stock markets. From 1991 to 1994, Trump did not run his business well. He failed his investments during the Water cycle. People doubted his leadership. The Water of 2019 will be getting strong from August; he probably will feel new challenges in trade wars, economy, or money-related issues. Water is strong and Fire is weak in the winter. Usually, his job approval rating is lower in November and December. 2020 is a presidential election year. 2020 is the year of the Rat, which is a Water year. The democratic party should look for the best time to impeach Trump. Americans focus on their money in their pockets. The possibility of presidential impeachment is linked to Trump's achievement in the economy in the second half of 2019.

President Donald Trump was impeached for obstruction of congress and abuse of power related to his dealings with Ukraine by the House of Representatives. December 18, 2019, was a Female Earth Cow Day in the Male Water Rat month of the Female Earth Pig Year. Pig and Rat are Yin and Yang Water. Rat, Pig, and Cow together are the Water gang of three. The Water of December is very cold. The Earth of Cow became a frozen soil. The Male Fire of December cannot deliver too much heat on the ground. Trump was impeached since the lack of full support.

The cold of Water in December will pass to the Rat of 2020. 2020 is White Metal Rat year, which is a very strong Water year. 2020 is a challenging year for Donald Trump. However, to remove President Donald Trump from the office is required the impeachment votes in the Senate, which is Republican-led. His Water pressure will disappear after Spring 2020.