For as much as astrology gets picked apart from every angle, one angle of your chart that has been left almost untouched is called the midheaven, the part that determines how successful you'll be in your career. To be more specific, your midheaven determines career goals, public achievements, as well as your reputation in the eyes of society and the ways you go about earning it. The midheaven is not a planet; it's not a sign. It's called the midheaven because it's the highest point at the top of your chart, as well as the southernmost high point above the horizon at the moment of your birth. The midheaven is also known as the Medium Coeli, or MC for short.

To find your midheaven, you need an accurate birth time, date, and place in order to have your full birth chart created. Once you have gathered all that information, you can input all the data into a free birth chart calculator. The calculator will provide you with tons astrological information about yourself, including your midheaven. Just look for 'X MC' (because the midheaven is the cusp of the 10th house of the birth chart) and the corresponding sign will be revealed next to it.

Here's what it all means.

Aries midheavens excel at careers that keep an eye on the future. They jump into things feet first and are great at hitting the ground running, although they need help with follow-through. Their discipline isn't their greatest asset so much as their faith in their abilities. They excel in careers that require a self-starter.

Taurus midheaven people are slow, but determined. It could take them years, but once they set their mind on achieving something, they will never, ever give up. They won't accept 'no' for an answer, and they'll continually, steadily pursue their goals, although they could benefit from hustling a little bit harder, as they can be very lazy about getting there.

Gemini midheavens need a career to be fast-moving and engaging. Otherwise it's not uncommon to see them pursuing two careers at once with the same vigor. They get bored with routine, and therefore thrive in environments that make use of their adaptability and curious mind, like communications, journalism, media, or marketing.

Cancer midheavens are natural nurturers, with a lot of compassion and an artistic, creative approach to their work. They may have a lot of ups and downs in their career because of an innate restlessness that is caused by suppressing their emotional side. They need a career that allows them to utilize their intuition and their ability to care for others. They make fantastic chefs, social workers, teachers, and life coaches.

Leo midheavens go after their goals with unwavering faith in themselves; they're courageous in their choices and decisions, but should look out for an attitude of arrogance or impatience. They excel in careers that put them in the spotlight, or in the public eye in some way: motivational speakers, actors, singers, or dancers — basically, anything that allows them to shine like the stars they are.

Virgo midheaven people have an eye for detail, and a gift for analysis and criticism. They excel in any career that allows them to apply their perfectionistic tendencies to good use, and their interest in bettering both themselves and the world around them. Virgo horoscope symbol meaning. Medicine, research, teaching, science, or the literary arts are right up their alley. 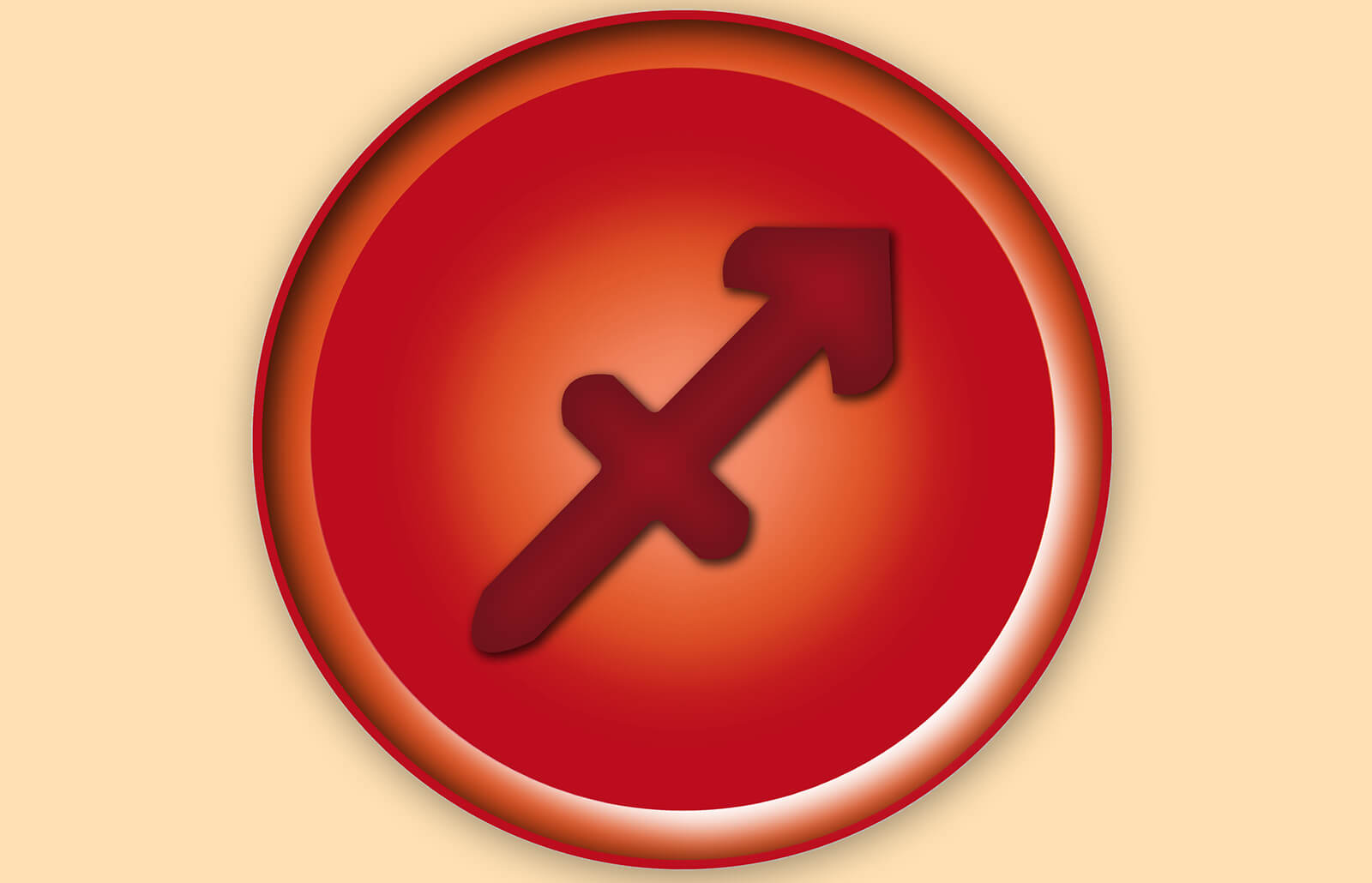 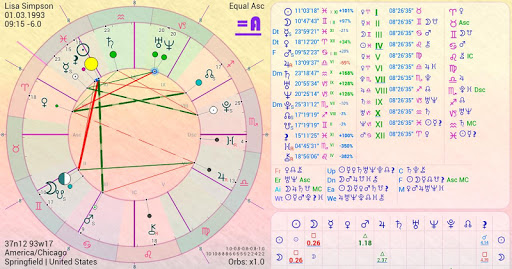 Libra midheavens have a talent for presenting themselves with diplomacy and charm, as they pride themselves on their ability to seek balance. They are always out to seek justice, fairness, and equality, and are willing to fight for it if need be. They excel as lawyers, managers, judges, or couple's therapists.

Scorpio midheavens make it their goal in life to shine light into the darker areas of human existence that otherwise will go unknown or unnoticed. They have an innate ability to see the truth underneath the lies, or the stories people tell themselves, and believe exposing these truths is a difficult but necessary job. They make fantastic detectives, criminal psychologists, actors, or energy healers.

Sagittarius midheaven people are on the move. They need a career that allows them to travel to new places, explore foreign lands, and experience other ways of life in order to feed their philosophical curiosity. Working in imports and exports, or in a job that allows them to travel, like as a pilot, flight attendant, or touring musician is perfect.

Capricorn midheavens take their careers incredibly seriously, almost to a fault. They will climb the ladder of success like an American Ninja Warrior, fast and furious, and rise to the top at an astronomical speed. They are born to make a name for themselves, and to make as much money as humanly possible. Natural CEOs, managers, and business moguls, they are the people the rest of us are jealous of.

Above anything else, people with an Aquarius midheaven must have freedom in their job. They prefer a job that only they can do with their own unique set of skills, because by being the only one qualified to do their job, they can avoid having someone watching over their shoulder and telling them what to do. They may pursue one career for a particular part of their life, and then suddenly, seemingly out of the blue, switch careers. They love to learn and get a lot of opportunities through their friends and social groups.

Pisces midheaven people make most of their career-related decisions using their intuition, or by following their gut. They can appear to be out of touch with what's going on in the real world, but in fact, they're just tuned into a different wavelength. Money isn't as important to them as passion; they may seek careers in music, theater, film, healing arts, or literature. Recognition for their work may be hard to come by, as they don't know how to direct their energy in that way without the help of an agent or manager.

Of course, this does not mean you're on the wrong path if you're doing something different from what your sign might be best suited to. But hopefully, understanding your midheaven will inspire you to go after your career goals, no matter what they are!

Jupiter conjunct Midheaven natal makes you enthusiastic and ambitious with a broad outlook and willingness to do good by everyone. While you put a lot of energy into your own career and personal goals, your community spirit and generosity means you keep the welfare of others in mind. Your career or calling may involve helping others by bringing them happiness and hope for the future. This aspect, also called Jupiter Culminating, gives a wide knowledge and many interests. Travel would be an excellent way to broaden your horizons and you may end up working in the travel and tourism industry or travel for your career.

Politics, law, higher education, philosophy, religion, astrology or the entertainment and amusement industries are the types of careers that would keep you interested. It is important that you love your work or at least like it. More than any other aspect, Jupiter conjunct Midheaven offers the chance of making a career out of your favorite subject or hobby.

You may become a leader in your field or a teacher. You are progressive and should have a strong moral and ethical code which earns you the respect of your peers. You will always want to keep learning and exploring and should enjoy prosperity and good fortune professionally.

However, one drawback with this natal aspect is the possibility of taking things too far. You may become obsessed or fanatical about your special interest. If you are religious you can become a zealot and try to convert everyone you meet.

Jupiter conjunct Midheaven transit represents a time of prosperity and good fortune in your career or some other personal goal. You will be enthusiastic about working and will get results more easily than before.

This is a time of confidence, recognition, achievement and professional progress. This is more of a rapid growth spurt than a peak in your career or social status. Overseas travel is possible but more likely related to your career than personal life. You can expect to have a broad range of experiences and meet people from other countries or cultures.

A promotion is possible but you should not take on more than you can handle. Over expansion is possible now or you might not get the kind of recognition or reward you think you deserve. There is also a small chance of becoming arrogant or boastful which would eventually result in a reversal of fortunes once Jupiter moves away from your Midheaven.